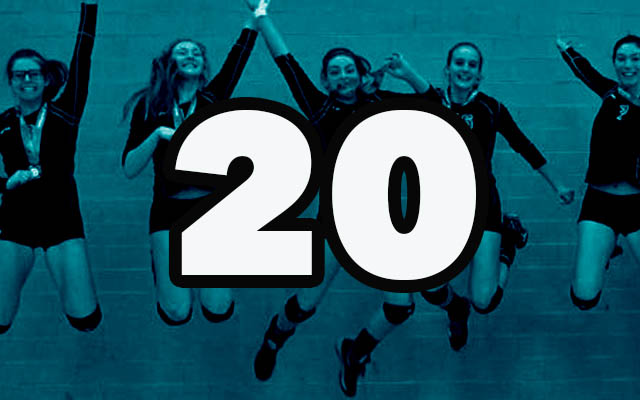 The 2018-19 indoor season will mark the 20th Anniversary of South County Bandits joining the OVA.

In 1998, our club’s founder and president, Bernie Diesbourg, put together the first Bandits team. A year later during the 1999-00 season, South County entered the OVA and we have been a member ever since.

As we enter this anniversary season, the club is continuing the improvement of our programs and initiatives and we are still committed to developing and promoting the sport in our area. We are dedicated to training every athlete and educating every coach to teach the game of volleyball. We are so thankful for how large our Bandit family has become, brought together by the shared passion we have for the sport we all love.

We look forward to seeing all of you again this upcoming indoor season, let’s make it the best yet!

Effective tomorrow night at midnight, all in perso

Bronze for 18U Teal in today's OVA Championship to

Restocked ONE LAST TIME before the holidays!!!!! L

Thank you SO MUCH to all the Bandit players and fa

18U Black bringing home a Bronze medal in today's

💥💥💥Remember to bring your donations to pr

It's been ALONG time since we have been able to po

Thank you All Star Gaming Centre for your continued funding of our youth volleyball programs. https://t.co/HaqpH7BXvO

Last chance to register for Strength & Conditioning sessions with Justin (via Zoom)! $90 for the remaining 9 sessio… https://t.co/ZUJTOaSIYi